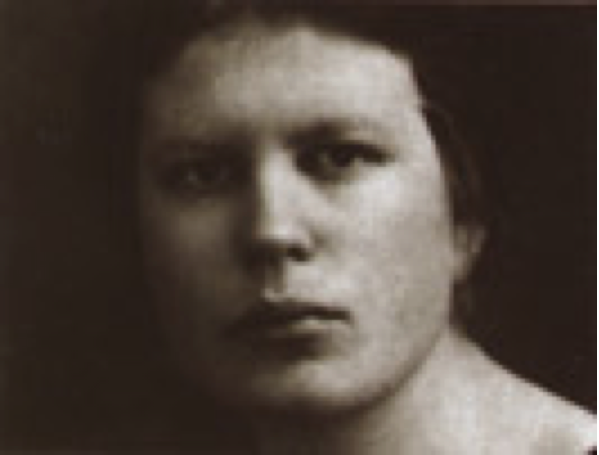 
Today the account of an extraordinary encounter with an extraordinary woman  leading me from Erfurt in Germany to Wessex in Britain, Simiane in the Provence and Orsalina near Locarno in Switzerland . 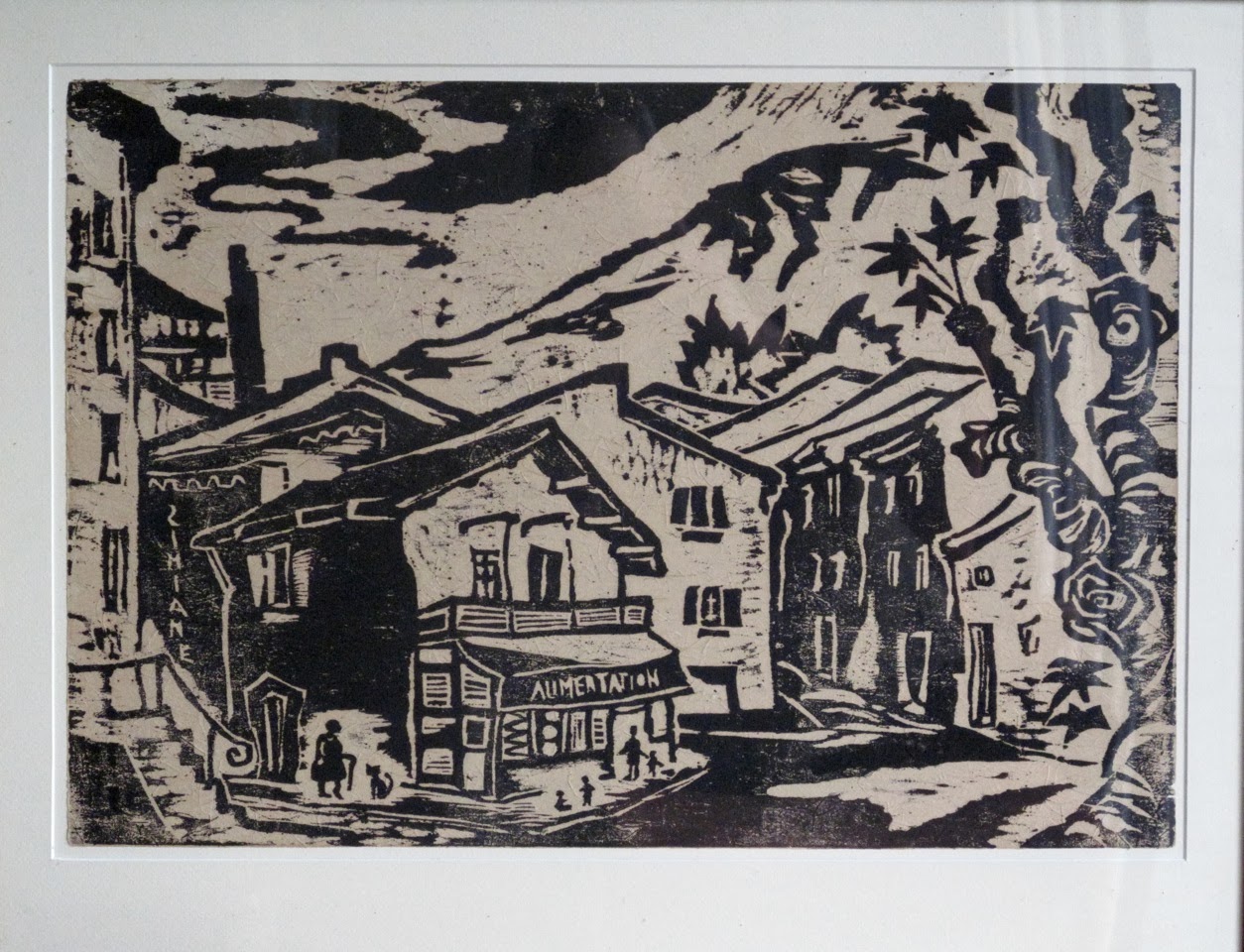 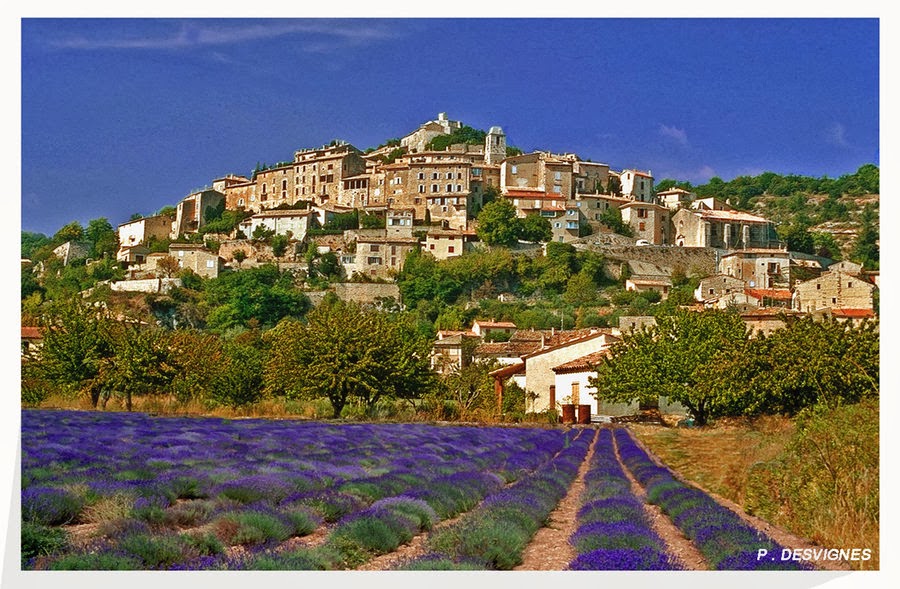 A couple of years ago, swapping prints with a friend, I came to own this "view on Simiane" a village in the French Provence. Lovely print, but no idea who made it and until today I always imagined it “could have been made” by German expressionist Richard Seewald (1889 - 1976) who loved the Provence. 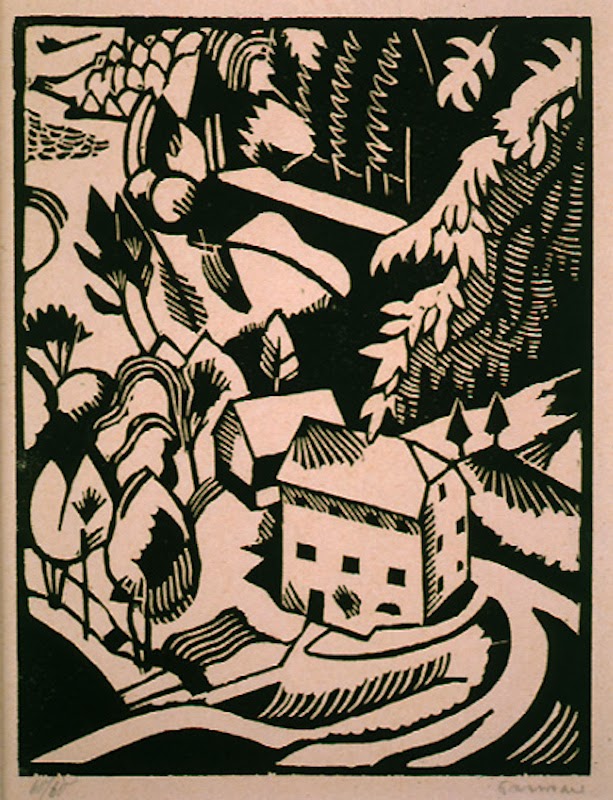 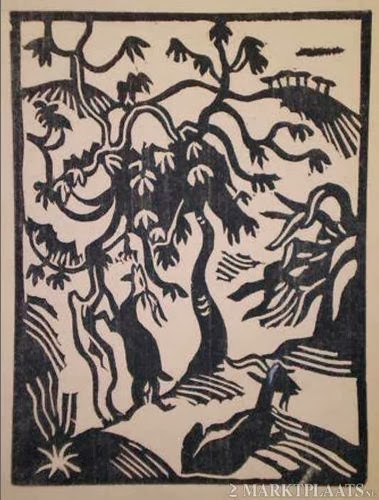 by Richard Seewald
But recently I acquired two prints in a local sale and one of them was printed on the same heavy organic Japan paper. In the block it is signed: Lioba Michel. The other one, a "white-line" composition in pastel colors, probably Jesus as a fisherman, wasn’t signed in any way. 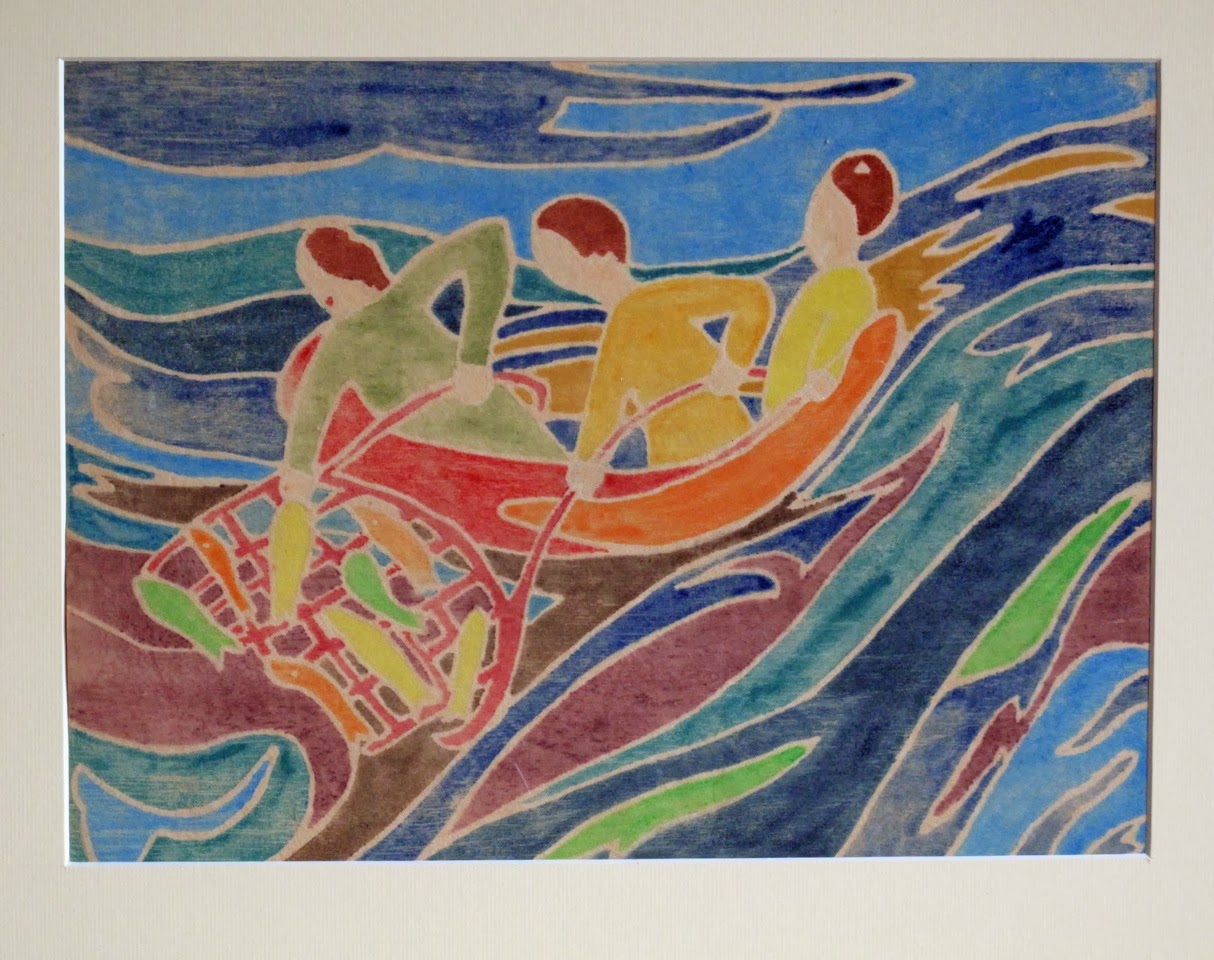 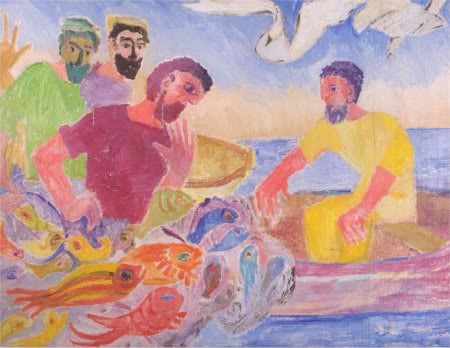 And then, within the same week I found another one, signed in the block, Lioba Michel showing the harbour of Marseille. 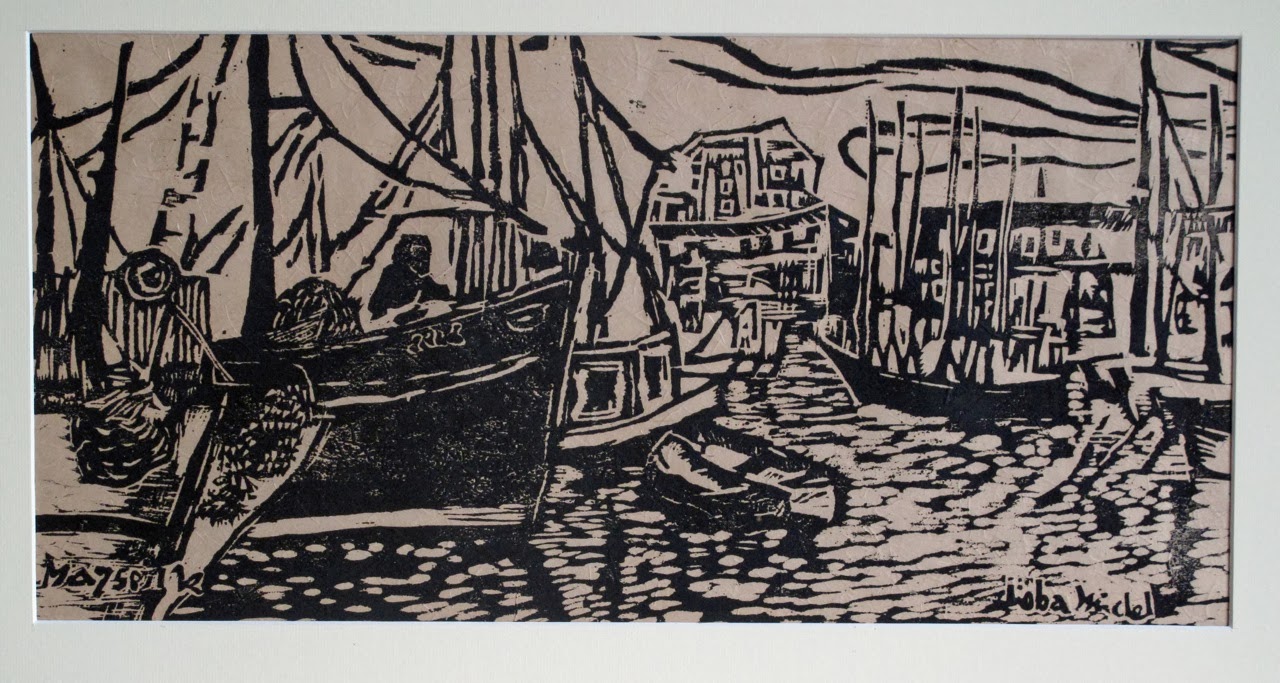 C.700 in the kingdom of Wessex, Lioba (or Leoba) was born, possibly a distant cousin of Bonifatius (or Winfred) the Anglo-Saxon missionary apostle and later first archbishop of Mainz. Bonifatius was born c.672 and died a martyr murdered by my ancestors, nearby, in the Frisian town of Dokkum. On june 5th in the year 754. The Frisians to this day a proud and never conquered or converted people.

Lioba and Bonifatius
Condensing their story in a nutshell: Lioba, with also Brittish (and later also Saint) Walburga joined and travelled in the company of Bonifatius preaching simple and religious life for women: praying, studying and working. Lioba became abbess of Bischofsheim and was later buried in or near the grave with Bonifatius in a monastery in Fuldau Germany. She died September 28th in the year 782 (about the same age as Hildegard) and was a close friend to royalty and in particular to Hildegard, wife of Charlemagne, the great King of the Franks. 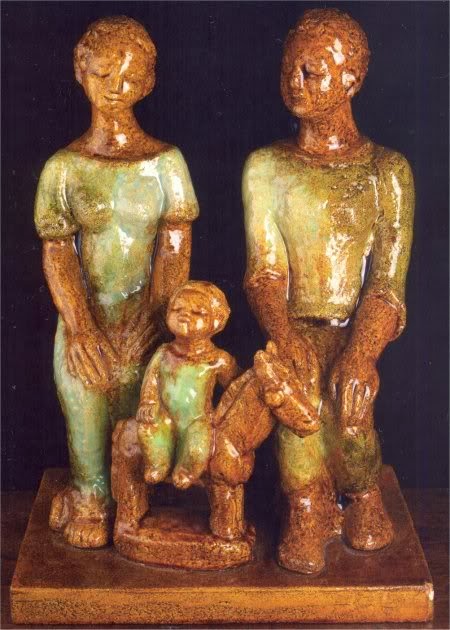 Hildegard(!) Michaelis was the artistic daughter of  a flower merchant born in  Erfurt (not far from Fulda and also the seat of a monastery founded by Bonifatius).  Her mother died when she was 13 and in 1917 she lost her brother in WWI. Although her father didn't allow her to study art, when she was 24 she started as a student in Hamburg Art Institute and later in the Bauhaus School movement (1919-1932) in Weimar. 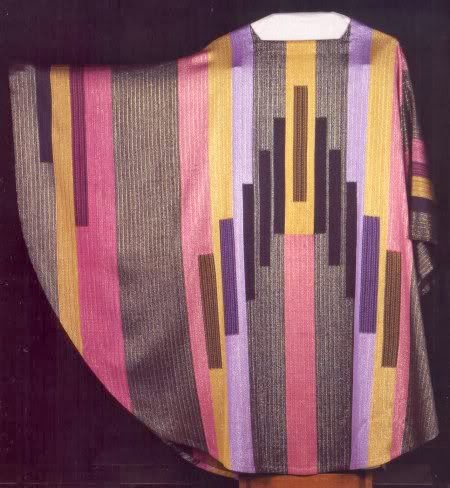 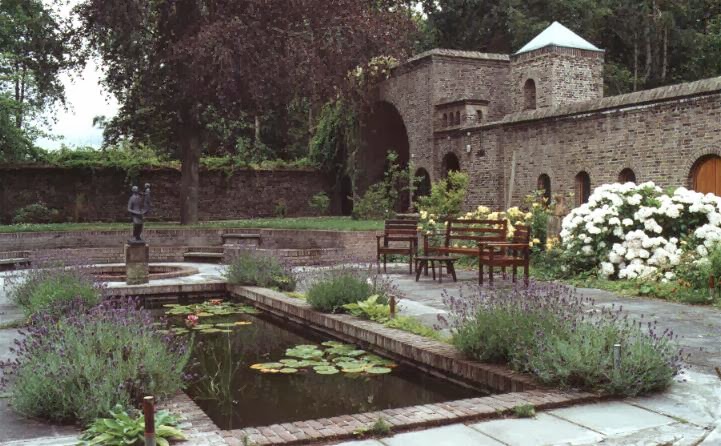 Full of religious motivation and equipped with a thorough education in the Arts and Crafts and probably with an aversion for the Nazis she founded an order and a monastery in Egmond aan Zee (Netherlands) in 1935 changing her nationality to Dutch. Egmond had been the seat of an abbey since Bonifatius days, the center and cradle of medieval Netherlands.  They could have set foot on land there, traveling by sea from the kingdom of Wessex. 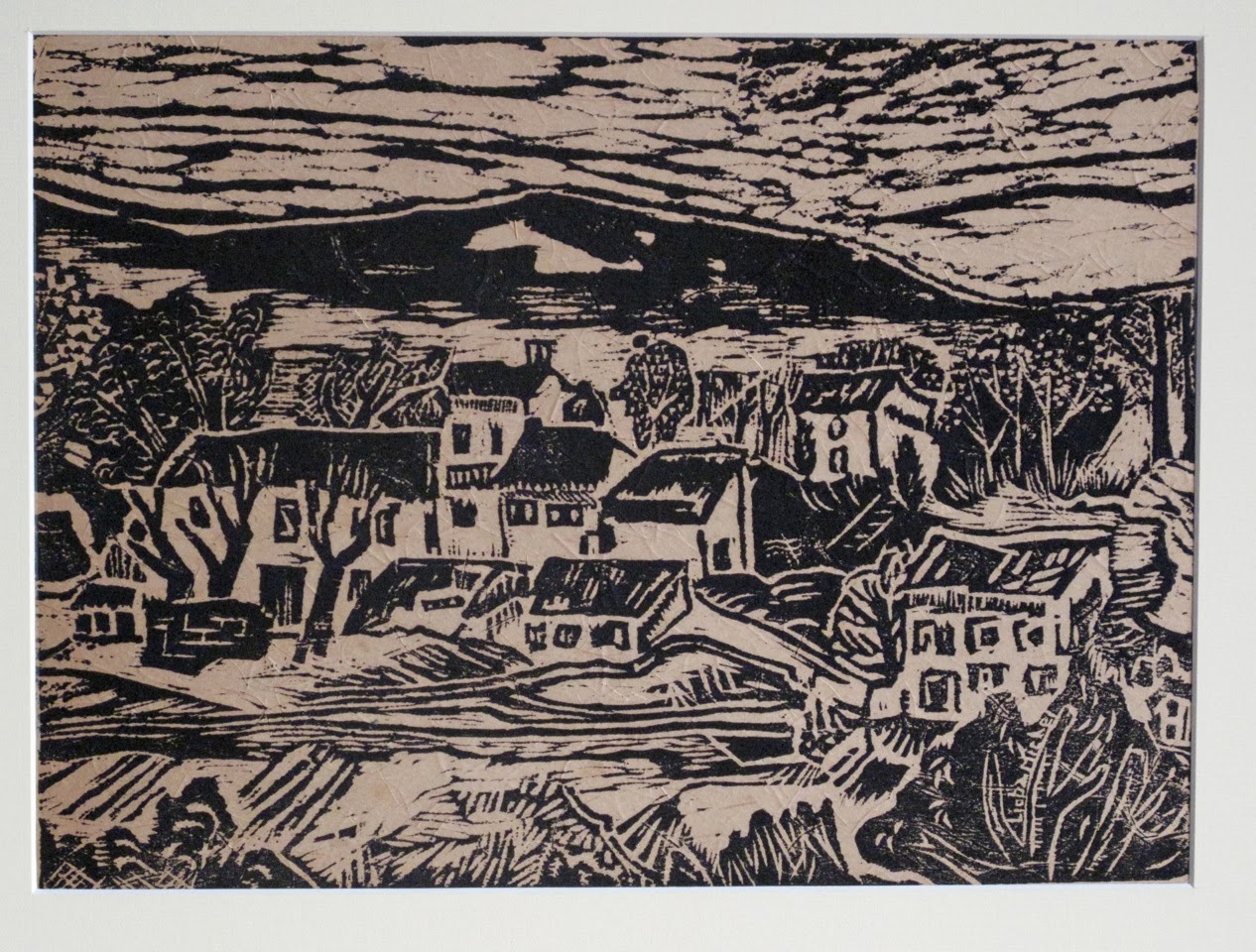 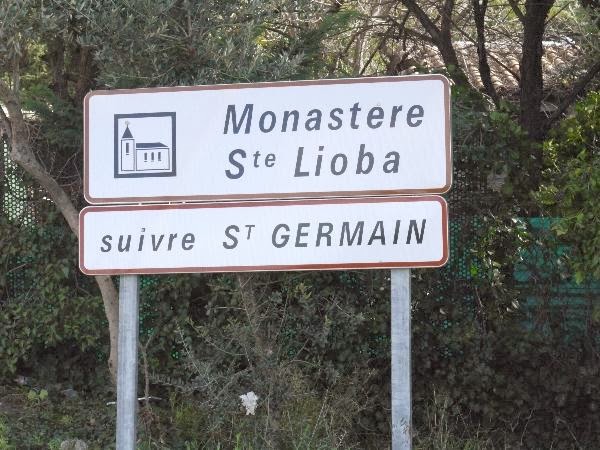 Hildegards monastery in Egmond exists to this day although the first and second generation of nuns, and artisan workers has passed away. Besides the base of the Dutch order Hildegard started satellite monasteries in Switzerland (Orsalina, Locarno) and in Simiane (roughly between Marseille and Aix en Provence) also relying on working, the making and selling of Arts and Crafts articles, on faith contemplation and study. 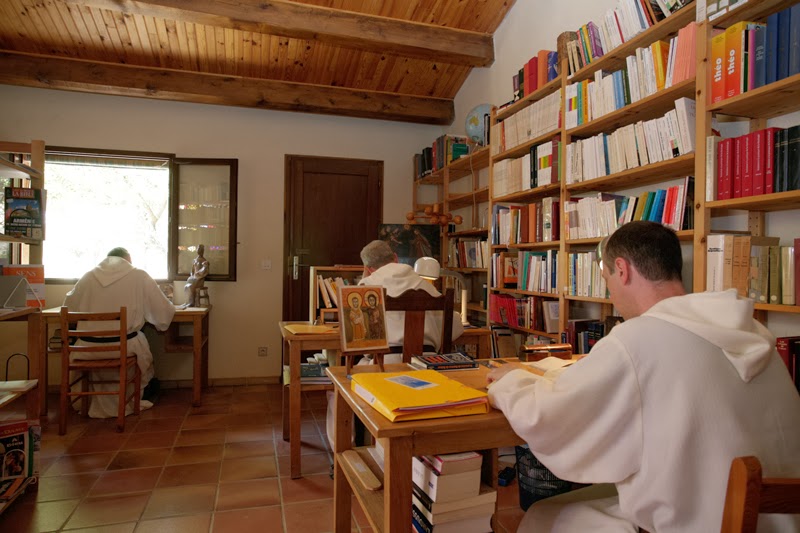 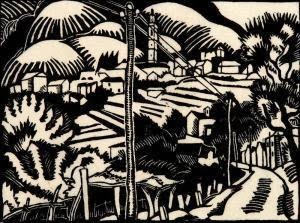 In 1931 converted to Catholicism (in 1929) expressionist painter and printmaker  Richard Seewald (1889-1976) fled Nazi Germany to live in the Swiss village if  Ronco sopra Ascona. About the same time Hildegard planned her leave. 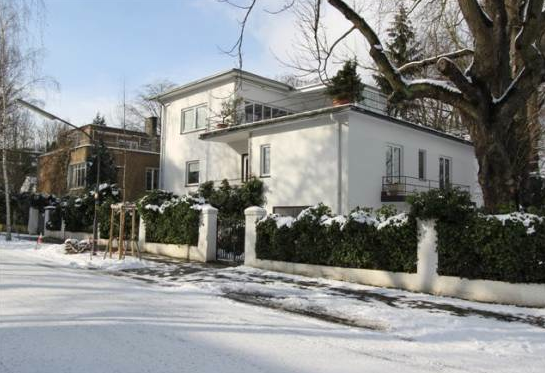 Before, Seewald lived and taught in painting classes of the “Kölner Werkschulen” in Cologne and commissioned the first “Bauhaus” designed and build villa by archtitect  by Theodor E. Merrill  (1891-1978).

In Italy in the Ascona-Locarno region Seewald, like Hildegard Michaelis, was commissioned to design many church windows, frescoes, murals and other church related art: religiously applied Arts and Crafts. After his death Seewald left in a bequest a large chunk of his art collection to the Swiss state as a "thank you". In 1954 he returned to Germany and was appointed professor in Münich. Trying to understand how and when (?) these Provence prints were created I think about some possible explanations. I’m convinced both artist have known  each other. Besides their strength in religion and conviction they may have shared the Bauhaus or Hamburg or Cologne school and/or church related assignments in Italy. Besides: Ronco is just two miles from St. Hildegardis monastery in Orsalina and Seewald loved and frequently stayed and travelled in the Provence.

Because of the similarities (I see) in the prints by Seewald and Lioba Michel maybe Seewald taught Hildegard or Seewald even might have helped creating the prints (the blocks) for commercial reasons: raising funds for Hildegard and her monastic ideals.

The white line print undoubtedly was created by Hildegard herself comparing it to her paintings. Whiteline printing originated in America in 1915 in the Provincetown artist colony. It enabled the artist to print as many colors using the same block, separating the colors with a space (the white line).


Any information or comments are very welcome.

All pictures borrowed freely from the internet for friendly, educational and non commecerial use only.
Geplaatst door Gerrie op 11:35