(Vienna 1893 - 1974 Boston USA)
Thanks to American reader and collector Tom today the revelation of some never before made public prints by this forgotten German-American printmaker. 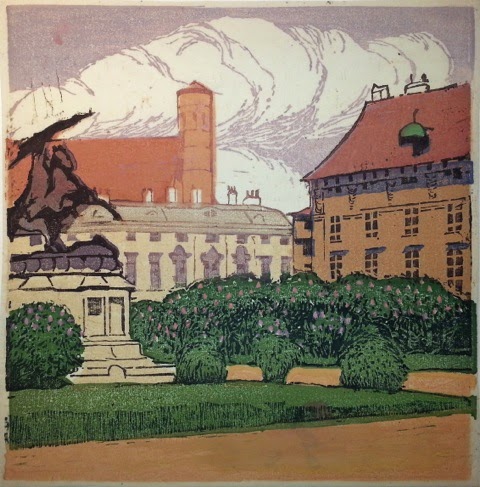 Katharine was the daughter of Wilhelm Gericke (1845-1925) and grew up surrounded by the art and music of Europe and America. Her father was an accomplished conductor of symphony orchestras and choral groups in Austria, and a close friend of many of the musical geniuses of the day. 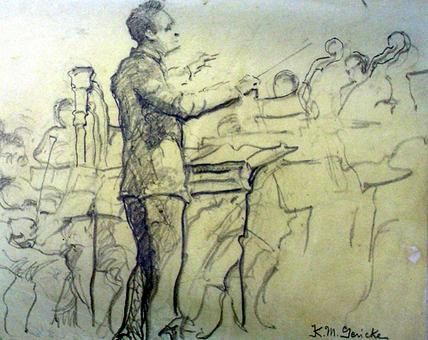 Drawing of Katharine, showing probably her father conducting the Boston Symphony Orchestra.
Her family traveled extensively to the cultural centers of Europe and, even as a young child, Katharine demonstrated an early talent for sketching the picturesque sites they visited. 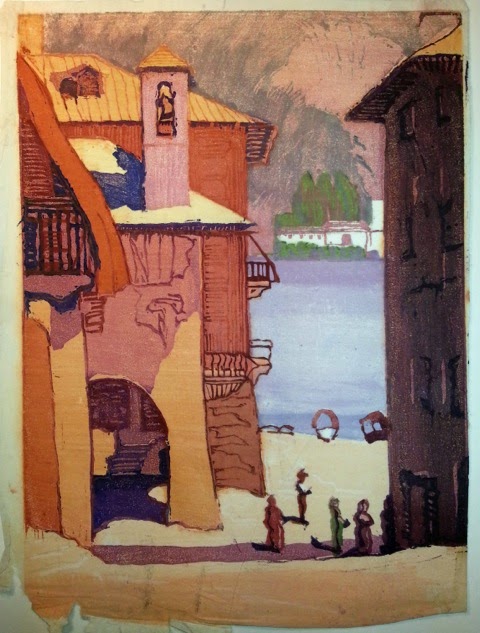 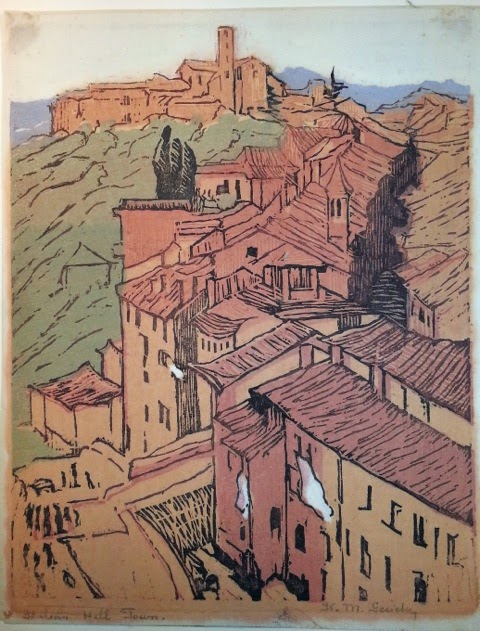 In Brian Hannon's collection (see below) I've found the sketch for this woodblock print
In 1898, five-year-old Katharine was first introduced to American culture when her father became, for the second time, the conductor of the Boston Symphony Orchestra. The family returned to Austria in 1906 when Katharine was thirteen. Katharine enrolled in art school in Vienna in about 1910, but her art education was disrupted by financial difficulties brought on by the First World War.

In 1925 Katharine’s father died in Vienna. His obituary in The New York Times mentioned his surviving “loving wife and talented daughter”. Katherine and her mother traveled throughout the 1920’s and 1930’s, visiting London and New York in 1932, but more often returning to the Renaissance villages of Italy, or places like Salzburg and other famous centers of their musical past. 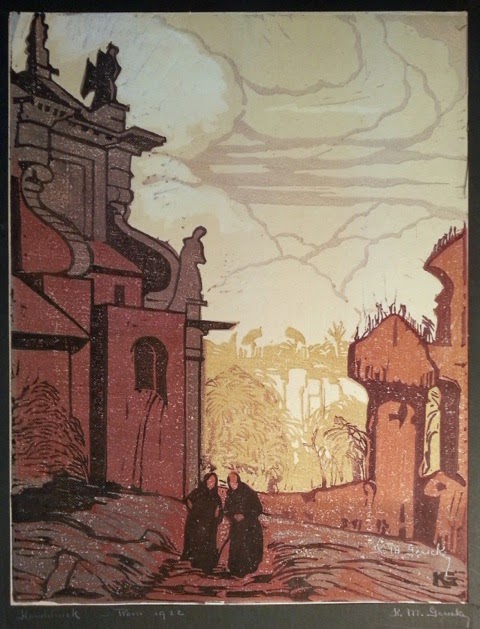 When the Nazis annexed Austria, Katharine immigrated to the U.S. and returned to Boston. She became a U.S citizen in 1946, and worked most of her life as an art conservator until 1968. She never married, and died in 1974 at the age of 81. Known for her drawings but also working with woodblock printmaking. 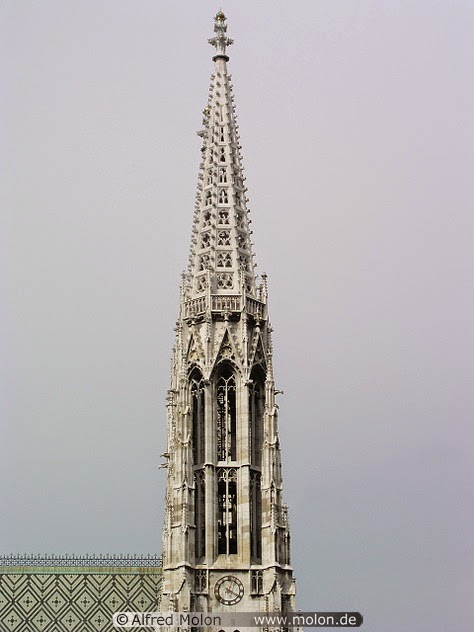 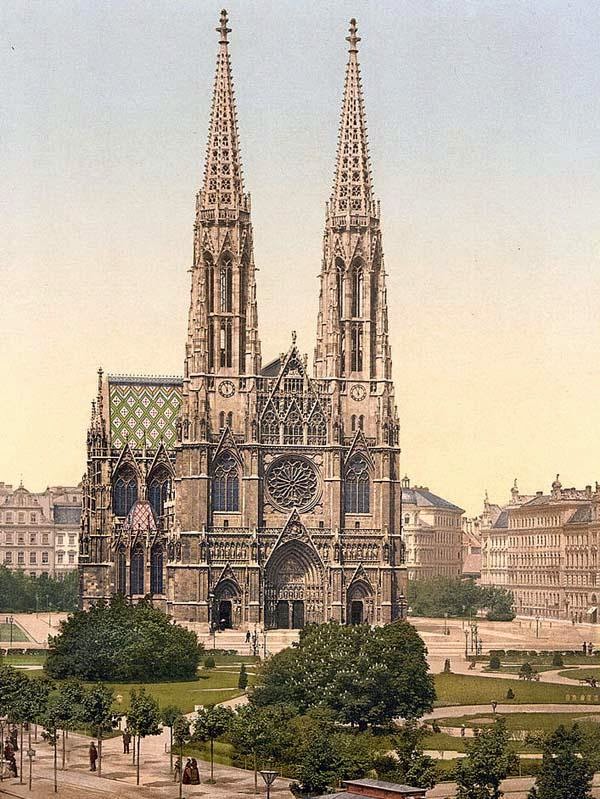 Votive Church and rooftops in Katharine's birthplace Vienna
(biography with courtesy: Brian Hannon New-York Fine Art Inc. (link) where you can find many examples of Katharine's fine drawings and sketches).
All pictures are mouse-clickable to embiggen.
All pictures (and text) borrowed freely from the internet for friendly, educational and non commercial use only.
Geplaatst door Gerrie op 07:33 No comments: