The other week in a car boot I found 2 old "Souvenir" photos and postcards album. They contained many postcards from European cities from around the turn of the century but also some very clear, sharp and large sized, (22 x 28 cm.) rare "albumen" prints of Paris. There are no automobiles visible, so dated around 1900 (1890-1910. What a wonderful world. It was the Paris of impressionist Camille  Pissarro (1830-1903). 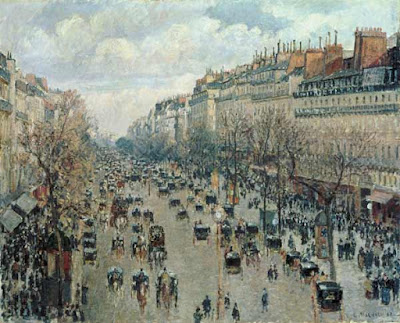 Pissarro died when Agnes Salomon, as a young Hamburg woman and student,  had just arrived in Paris. When all the American, German and other foreign students, the collectors and artists gathered. To be immersed in art and "modernism". The centre of the World.

I've put the originals under the scanner for sharing (they embiggen by mouse click). PS: The originals and the books are available for trade or swapping. 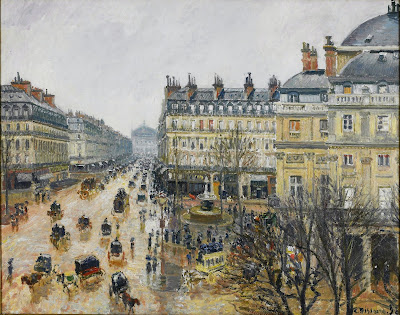 to identify the 1959 printmaker of this colourful abstract 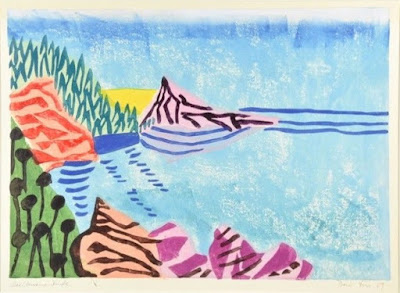 All suggestions are welcomed.
(other then "Dart Väder")

Many thanks from tropical Friesland (a horrific 35C). in the Netherlands.

Although Agnes Salomon is not represented in my personal print collection she recently is the focus of my research. Agnes is "just one" one of the over 300 mostly obscured and hardly researched women in my collection of short biographies of German woman artist involved in pioneering woodblock printmaking. With the help of the Hamburg Jewish Community I received information that may help us on the way in reconstructing her life. This blog contribution to share the first attempt creating her short biography from scratch. 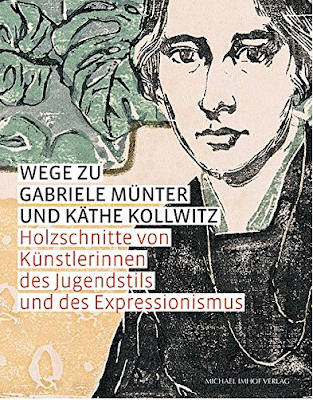 The date read in her only publicly known print, "Boulevard de Vaugirard" (before posting) 1902 was given (introduced) in the book where the print was displayed" Wege zu Gabriele Münter und Käthe Kollwitz" (2014). 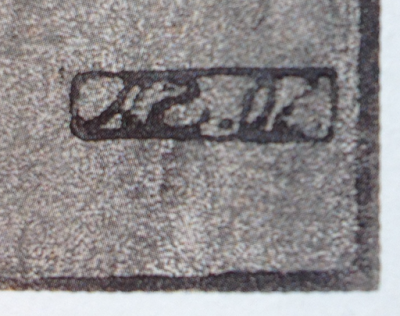 The S in the monogram is reversed (deliberately/accidentally ?) (the 2 an accidentally  reversed and inverted 7 ...... ?)

In 1902, just aged 18 Agnes she left for Berlin-Charlottenburg  (possibly to her brother Siegfried who left for Berlin in 1893 ?) Mentioned below "Mal-Schulerin, Malerin": Painting student, painter.

How she could be also in Paris in 1902 is an interesting question. The Vaugirard print is obviously showing the late fall of 1902(?). Her departure for Paris is not written down in Hamburgs official registration: she would have needed a passport or travelling document: did she travel from Berlin ? Her mother died in september 1902 (her father in 1900). A few years later, returned in Hamburg in 1907, she requested a passport to Spain, while she married a year later in 1908 again in Paris.... Intriguing !  In 1911, married, her (definite) departure for Paris was recorded. 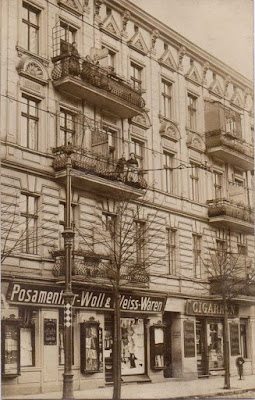 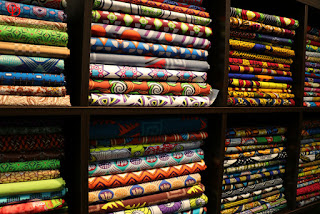 Of great importance were the colourful printed cotton fabrics that until this day are manufactured in the Netherlands and in use to  locally create traditional African dresses. Read here the surprising and very interesting history of this trade (Vlisco). 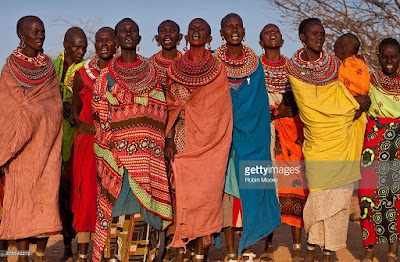 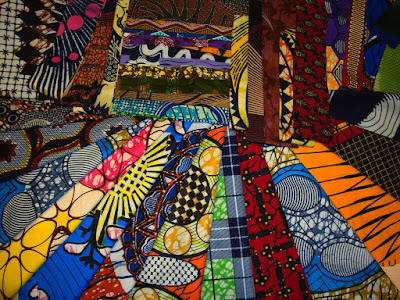 Considering the studies of Agnes in Munich (when ? 1902-1907 ?), possibly Berlin and Paris her father had been probably not the average middle class Jewish potts, pans, knickers and home textile shop-owner, but probably was involved in the import and export business, a commissionaire-trader. In Hamburg I found shop owners with the family name Salomon (poss. family members ? ) active in more or less the same trade and business ("Weiss- Hollandische Waren", cotton, cloths, yarn, lace etc...), but not her father Samuel.

Translating his recorded addresses in Hamburg 1890's records, in hard to read old-German script, may help to estimate his social status. All help is welcomed.
"Geschäftsführer" Samuel Moses Salomon (Kiel 03-07-1838 - 11-11-1900 Hamburg) married  Lea Isaacson ("Schneiderin" tailor/seamstress,  (Neubukow near Rostock 04-01-1843 -  26-09-1902 Hamburg). They are not buried together  (no idea about the reason) and were married in Hamburg 1874.
Samuel M. Salomon was the son of Moses Salomon and Betty Benjamin and Lea was bon in the village of Neubukow where a small Jewish community existed, the daughter of Salomon Isaacson and Lina Wolff (b. 1815), either of them a librarian in Neubokow.
Their 5 children were all born in Hamburg: Siegfried (1876), Wilhelm (1879), Helene (1881), Friederike (1883) and Agnes (1884). Remarkable: all Christian and not Jewish names. Hopefully this can be explained later.
Brother Wilhelm may have died in WW-1 serving in the Navy and Siegfried (who also left for Berlin) possibly was buried in Hamburg 1908. Of Julius and Friederike I have no other clues.

As far as I know all works (but this drawing) by Agnes von Bülow-Salomon are signed or monogrammed A.Salomon (A.S). There are too few works known to draw any conclusions but as we know she married in 1908, left for Berlin and started a family (3 daughters) and later moved to Brussels it is possible she abandoned an artistic career to dedicate herself to her husband and family. Not an uncommon scenario. Most successful women artist stayed unmarried or shared lives with a soulmate or female partner. 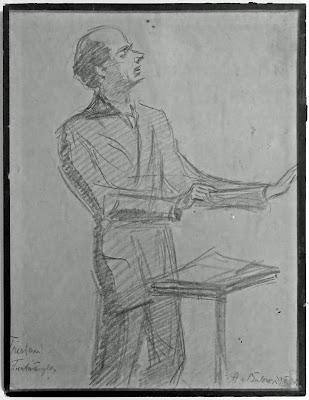 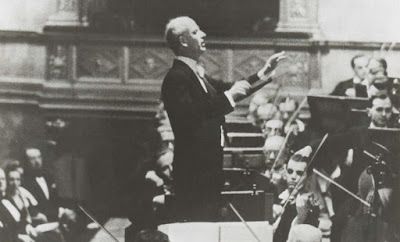 Before  following Agnes to Spain I share this this one drawing I found in an auction catalogue. It shows the worlds 20th century most important conductor Wilhelm Fürtwängler (1886-1954) and thanks to Agnes' signing (von Bülow), dating and titling, I am almost certain she saw maestro Fürtwängler in Paris 1931 when his very successful series of performances of Wagners "Tristan and Isolde" in France started. Living in Brussels Paris was just a train ride away. 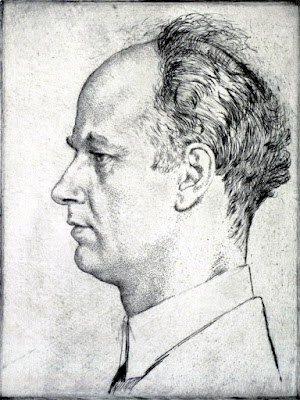 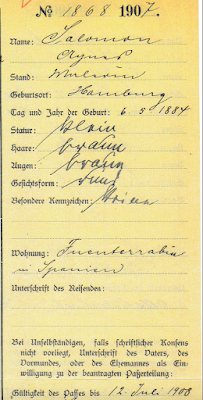 In 1907 Agnes received documents/permission to travel to Fuenterrabia in Spain. These few letters in Hamburgs civic registration, discovered last week and a century later, were a great surprise to my research. Not only it proved to locate one (and possibly two) of her scarce known paintings but it also directed me to a place where I found several possible leads and indications to my "when's, how's and why's".

All (translating and genealogical) help is welcomed.

All pictures embiggen by mouse-click