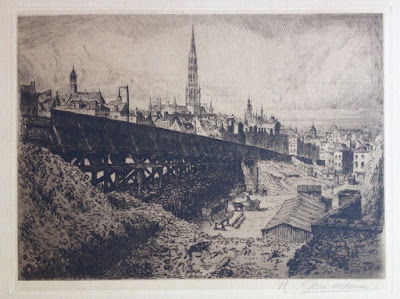 This etching, possibly of historic importance and in very good condition definitely is showing Brussels, its Town Hall ("Hôtel de Ville" at the Groote Markt) dominating in the centre clearly visible under a 45* angle and a large wood supported construction site the obvious subject of this great composition in the best French tradition. 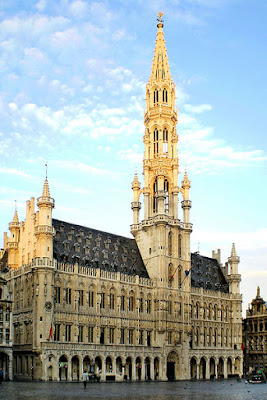 Although I searched I have not been able to find any photographs of a fitting similar construction site in Brussels around this date (1900-1915). 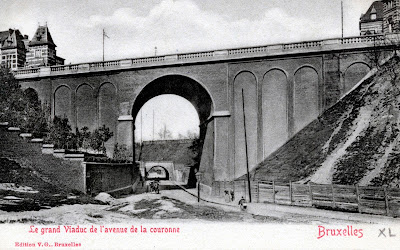 The artist shows construction work of a viaduct in a direction parallel with the front the Town Hall. It could very well show the building of Viaduct Rue Gray in the Rue Couronne (Kroonstraat), a double traverse of both the road and (in a second smaller and lower bridge) the railway from and towards central station. As seen by the artist from approximately the Zwemkunststraat (quartier Elsene). 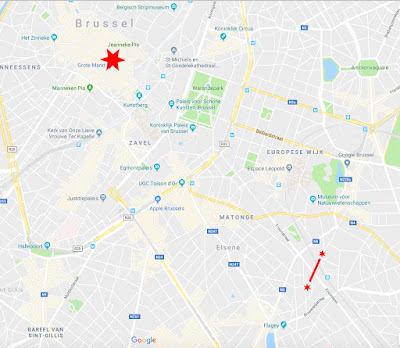 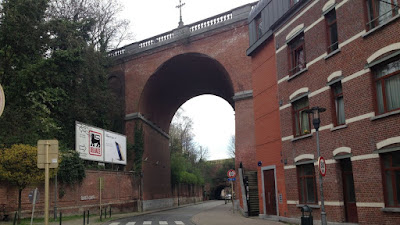 I invite readers and passers-by and all who know better to identify the signature, and monogram RV (Vande......) (Thank you reader Mich for solving the signature: R. Vandesande) 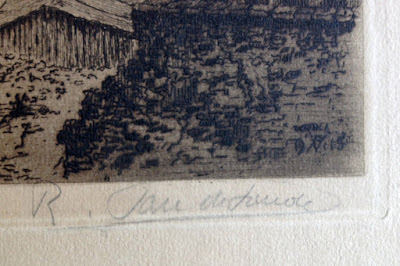 This etching, a great diagonal composition, is with many more fine graphic works available for swapping and trading to further my collection of German women printmakers in a friendly way. 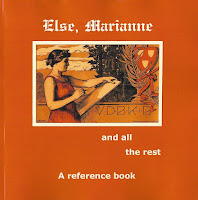 Still unidentified etcher and printmaker.
Living in Berlin 1921-30, member of the VdBK.
Probably living for some time in the artist colony of Nidden.

Anna Bähker is one of the artists who, in spite of all my efforts remains to this day a very unknown artist: I still have no idea who she actually was. Although I discovered the identity of so many obscured artists over the past years (all revealed in the book) Anna Bähker is still an enigma although her prints regularly show up in Ebay and other auctions. But gathering all small pieces one day will be successful and helpful in clearing her from obscurity. 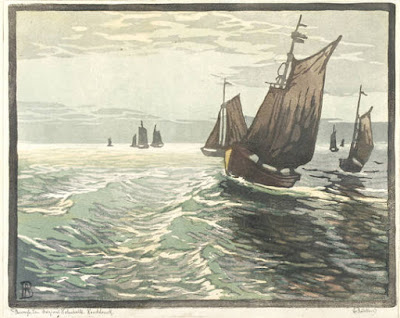 She is best known for the half a dozen prints showing (Baltic) fishing boats (more about these prints and their location in a later posting). She has been obviously working and/or staying in Nidden where printmaker Daniel Staschus and his wife lived. It is situated on the Curonian-Spit an ice age remnant, a long sandy stretch of dunes situated in Prussia's Baltic sea, now Kaliningrad/Königsberg-Lithuania) 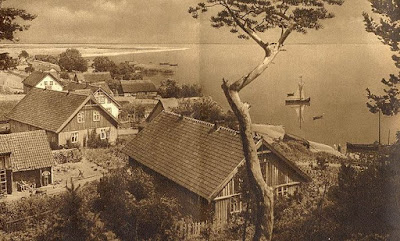 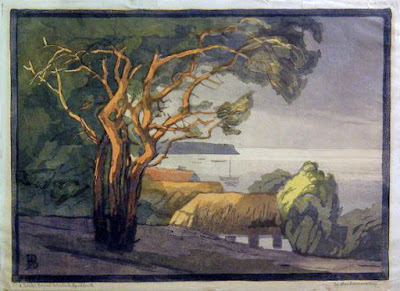 Recently and shortly after each other I found these two etchings (German :"Radierung") they are the first examples I ever saw other then her woodblock prints. Unlike many other printmakers I've never seen an oil painting by her. 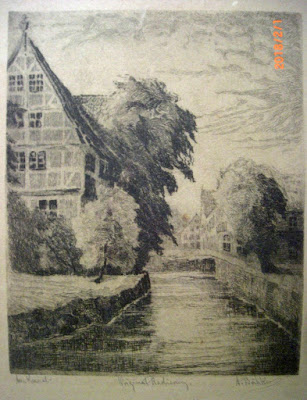 The first is said to be (possibly) showing "Worpswede" which is a picturesque village and artist "colony" near Bremen. The title is "Am Kanal" (at the canal). She possibly visited Worpswede artist colony because it is not far from her woodblock print titled "Altenländer Fleet" (canal Altes Land) 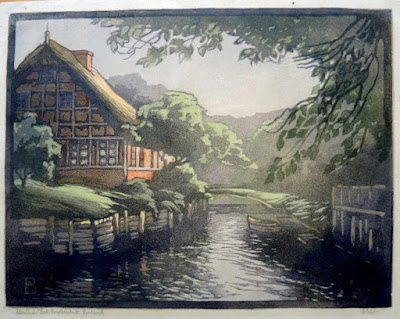 "Das Altes Land" is however the region situated on the west bank of river Elbe, north-west of Hamburg. The old country, "laid dry" centuries before (since 12th century) by Dutch settlers and today Germanys fruits and vegetables garden. 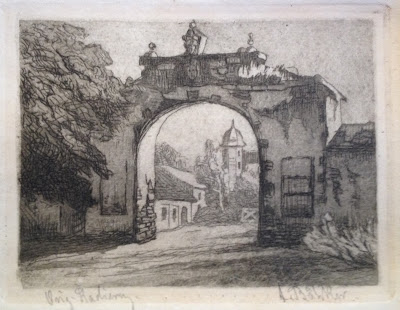 The other one (very small only 6 x 8 cm) is highly interesting because it is a mirrored version of her best known woodblock print "Stadttor" (town gate) which I would very much like to find and have one day. And of course finding out where this gate is located would be even better. 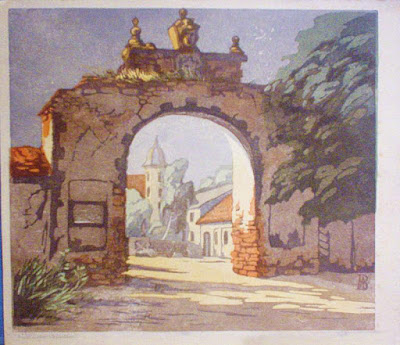 I can offer many fine works (in every international discipline) for swapping or trade if you happen to have or know a decent copy of this print that is on my wishlist for my collection of German Women Printmakers.