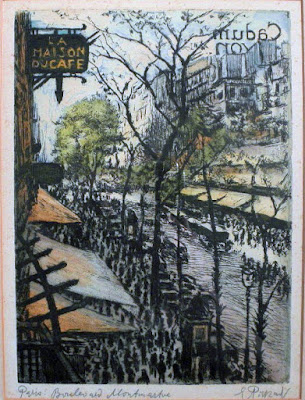 An artist (I'm confident that with the help of readers we will be able to decipher the signature) travelled to Paris, took a room in Grand Hotel de Russie (photo below,  left) at the corner of Boulevard Montparnasse and Rue Drouot (Carrefour Drouot) and did what Camille Pissarro did 25-30 years before: enjoy the view from his balcony and make an image. 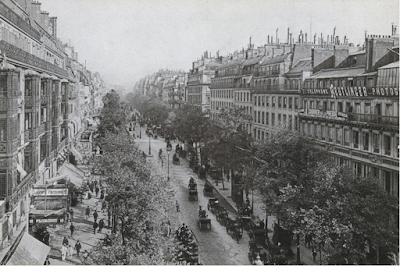 Pissarro did not one but of some 15 of them, in 1897 when he was towards 70, acknowledging his mastership as "Father of Impressionism". They hang all over the world in treasured Impressionist collections. 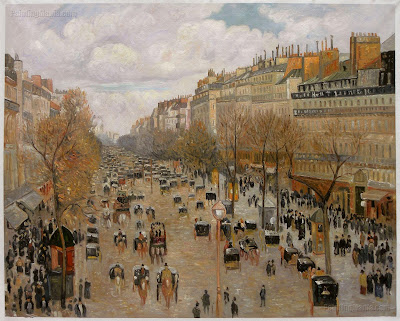 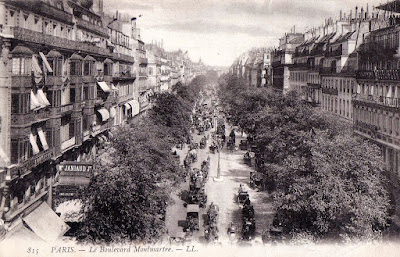 Although I think Pissarro obviously did enjoy the view and absorb the life and romance of this wonderful place, where 3 major Boulevards merge at Carrefour Drouot: Bd. Montparnasse, Bd. Italian and Bd. Hausmann. I also believe Pissaro "fiddled" with the point of vantage, recreating the perspective, in his paintings. He suggests to be positioned more or less in the centre of the road allowing him to see along the left row of trees. Something that would have been impossible from his balcony.

Astonishingly: his has the same perspective as most of the postcard views. I could find no clues or discussions about this phenomenon in the public domain but I suppose these paintings will be analysed by the experts extensively.  Pissarro also exaggerated the width of the Boulevard considerably to emphasise its "grandeur" dramatising the importance of Paris' Grand Boulevards. 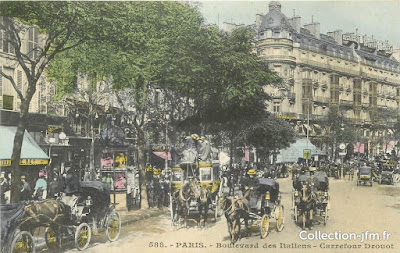 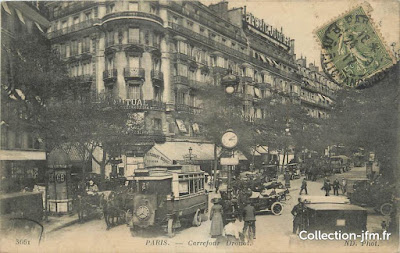 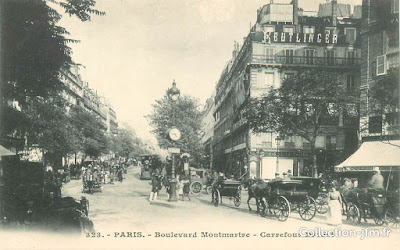 Speaking of postcards and photographs. Across the Hôtel de Russie is a large building with the name Reutlinger on it. Leopold Reutlinger continued the business his father had taken over from his brother Charles who started it in 1850. Their studios were located in this building. This classic (academic) nude  practising to be a Greek Godess or Maillol statue was taken (and composed)  by Leopold.

The reversed letters upper right read Cadum ..von. They are no doubt from a soap advertisement that is known to be (and has been for a century) there although it should read Savon Cadum and not Cadum Savon. 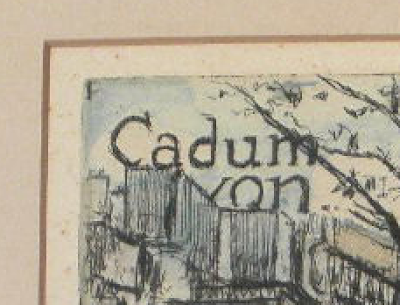 Reader Tom suggested the  etching artist saw a Neon light (iconic of Paris and in use since the end of WW-I) on the roofs opposite. Or the artist made a tiny mistake. 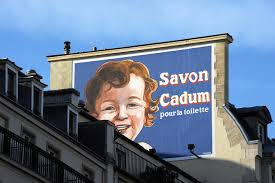 About Grand Hotel de Russie in Paris (Rue Drouot 1) not much is to be found. In later photographs it also named Hotel de Brésil and by the time our artist checked in: La Maison du Cafe, which was also the name of a coffee brand. 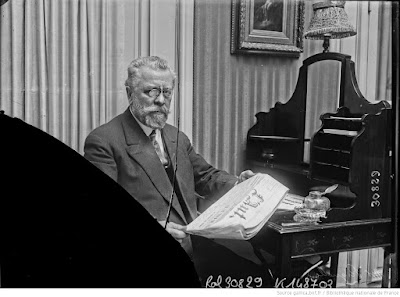 At least until 1909 it was known as Grand Hôtel de Russie and was owned by Alfred Riguelle, the severe looking chairman of the French Cyclist Union.

All help and suggestions on the etchers identity are welcomed !

All pictures borrowed freely from the Internet for friendly, educational and non commercial use only.
Geplaatst door Gerrie op 09:22 No comments: