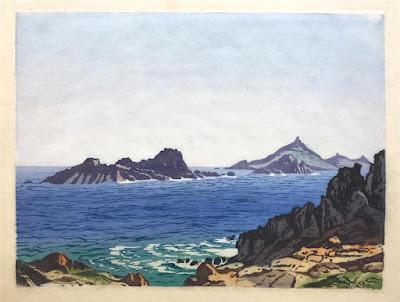 Paul Leschorn (Metz 1876 - 1951 Allensbach), German painter and printmaker is mainly known by (and loved for) his "Alpine" winter landscape prints depicting the Vosges near his native Metz and later homestead Strasburg. They are mostly "Snowy trees" and "Tracks in a snow covered landscape". All very desirable ! 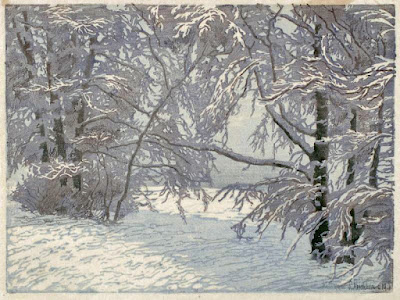 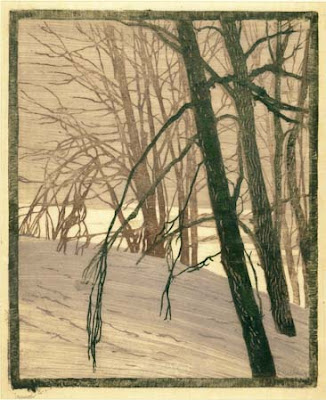 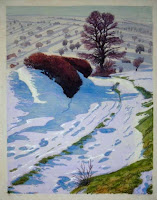 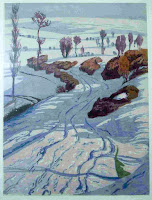 In 1907 however Leschorn travelled to Dalmatia and, 1924-1931 several times to the isle of Corse (Corsica). Reader Tom in Boston (USA) would like to know the location of his newest find and acquisition an obviously "Mediterranean" coastal view (opening photo) with characteristic islands. 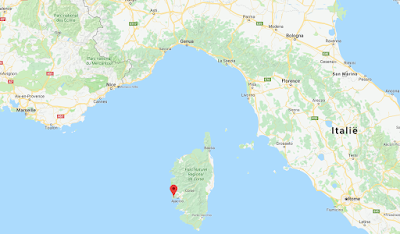 Researching a bit I found the place last night: a string of small islands  (archipelago) near Ajaccio (Corse): the "Îles Sanguinaires" or bloody islands named after the many shipwrecks or, as others claim, because of the blood red sunsets. 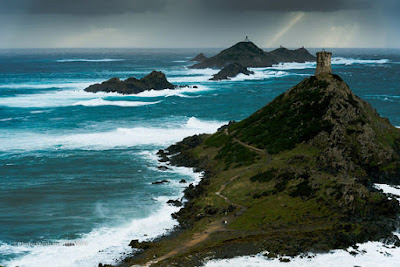 I found one other example of a similar seascape, probably the same islands/rocks view, by Leschorn: "Rocks near Ajaccio" which seems to show a view to the smaller, most left of these islands. 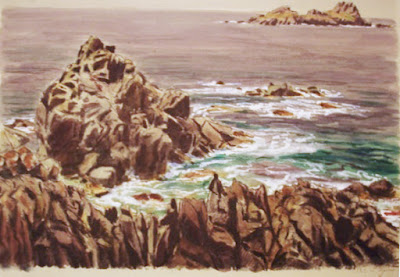 All pictures borrowed freely from the Internet for friendly, educational and non commercial use only.
Geplaatst door Gerrie op 09:52 1 comment: