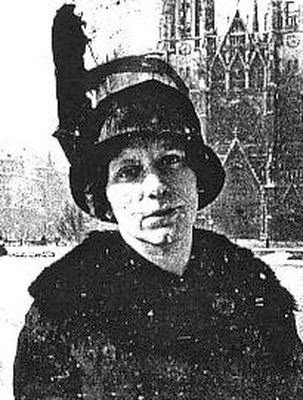 
Austrian printmaker and painter
Professor in the Vienna Acedemy of Fine Arts. 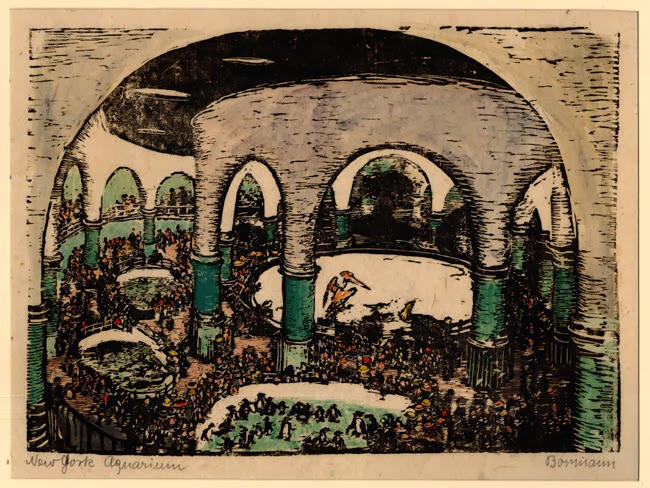 After her long stay in China during the 1940's with her family Emma Bormann -Milch eventually returned to Germany and later Austria in 1952. She created several prints after sketches and drawings, of New York, Chicago, San Francisco, Washington etc… One of the strangest and one of the nicest, I believe, is of the New York Aquarium in former Castle Clinton in Battery Park, Lower Manhattan, New-York. 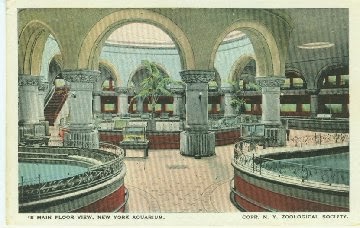 The aquarium was installed and opened in the old fort on the southern tip of Lower Manhattan after the immigrations-service was transferred to Ellis Island , just opposite, in 1892. 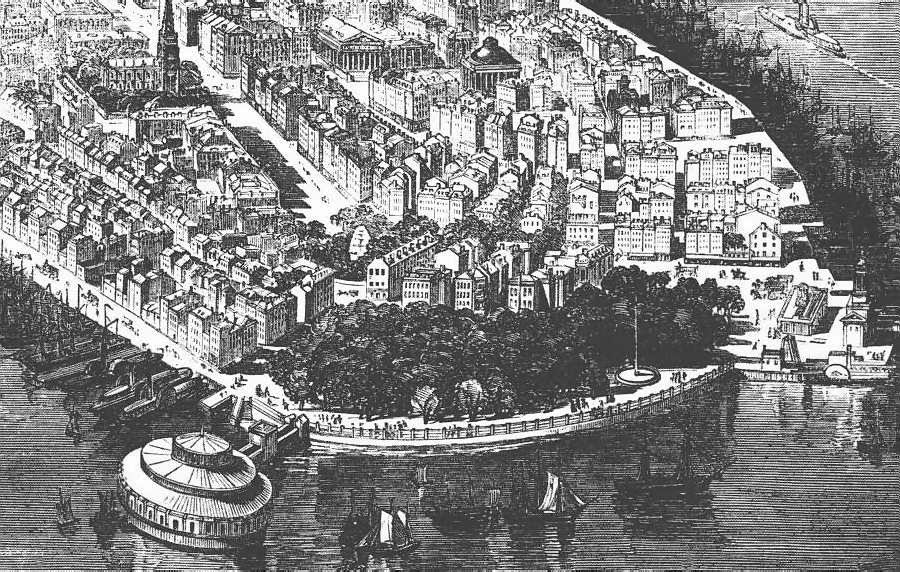 Initially it was designed, build and completed in 1811 as an island fort but it never served as such nor has it ever seen any action. Shortly after it was finished it was leased to the city of New York and was soon attached to Manhattan by reclaiming and landfilling the surrounding area. Roofed, it was turned into a theater and from the 1840's it housed the immigrations office seeing millions of new Americans arriving in America until Ellis Island took over. 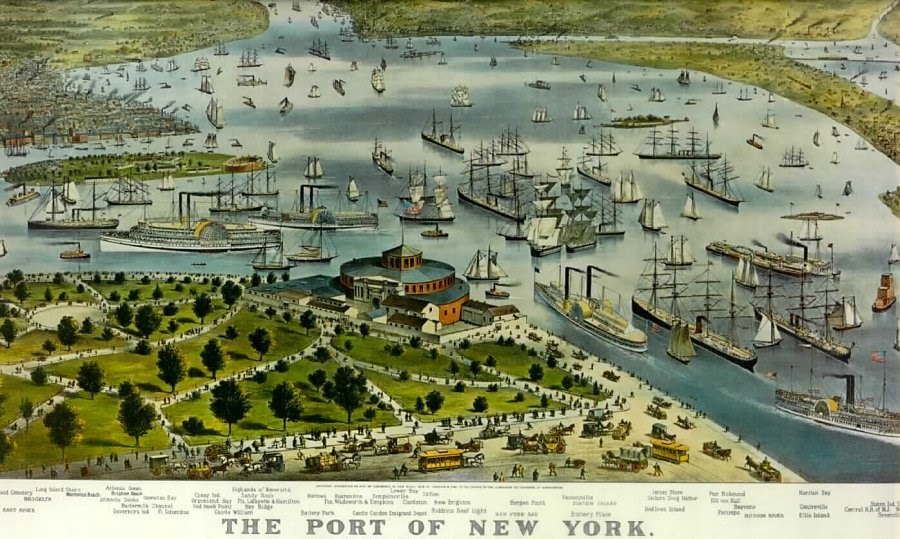 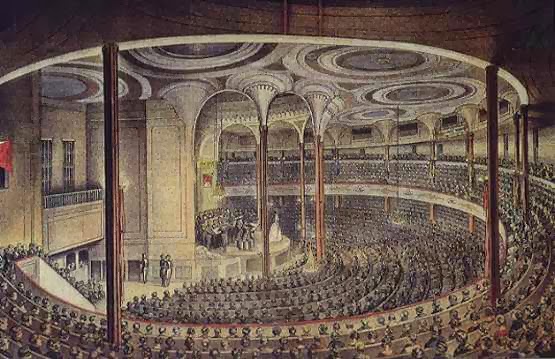 In 1896 the New-York Aquarium opened in the former fort and theater in Battery Park and was a popular outing for decades. In 1957 the aquarium was moved to Coney Island and later the fort was restored into its original form. 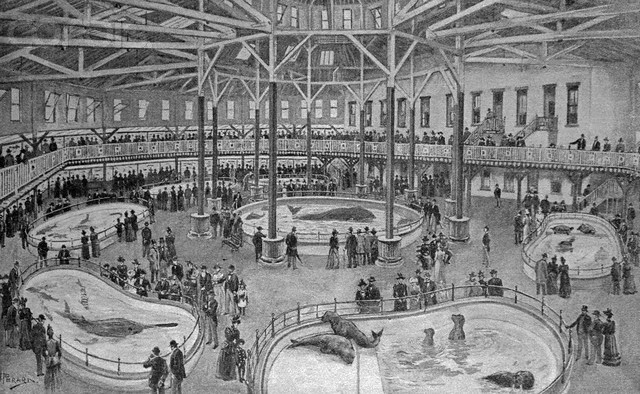 Emma Bormann had a special eye for the panorama and besides the great birds-eye view prints of great cities -from Shanghai to Chicago- she also shows it in the aquarium print. The curved lines, she in many situations looked for, greatly helping the perspective and composition. 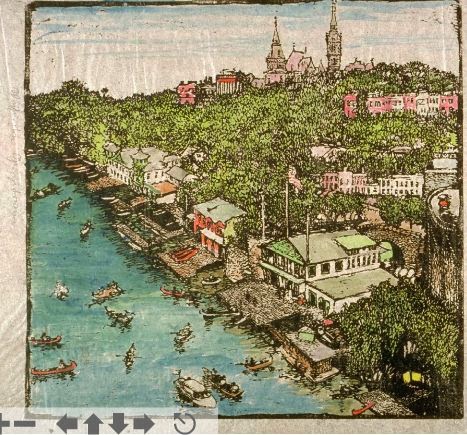 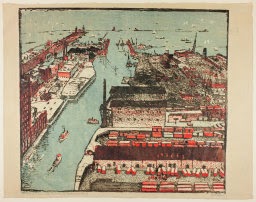 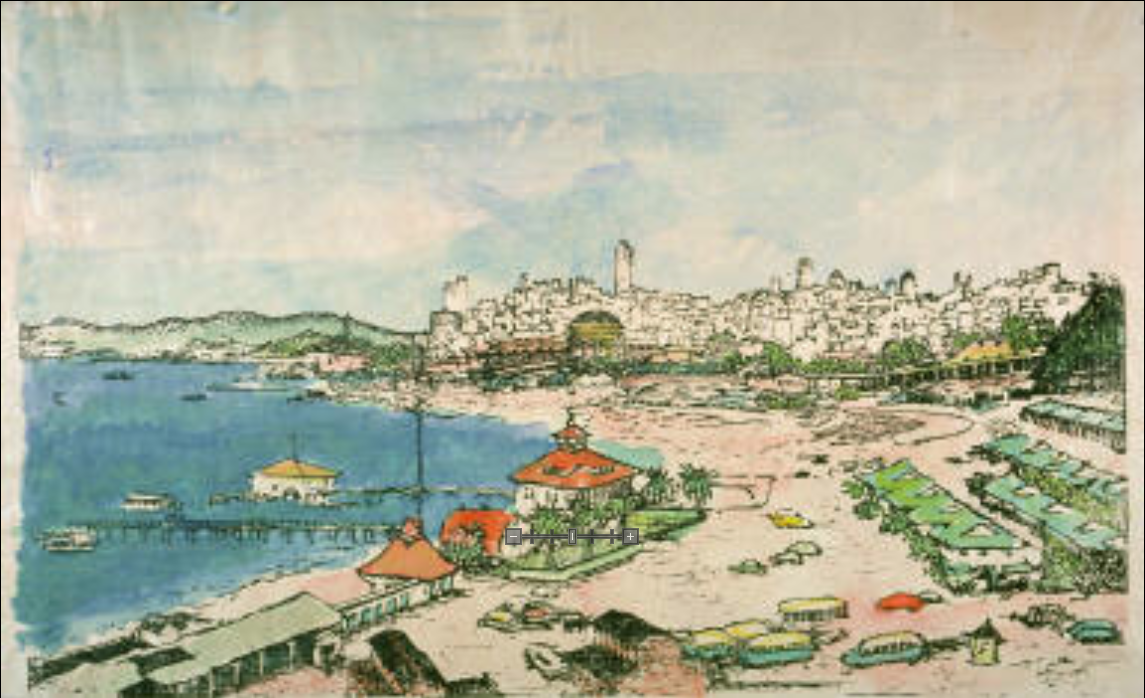 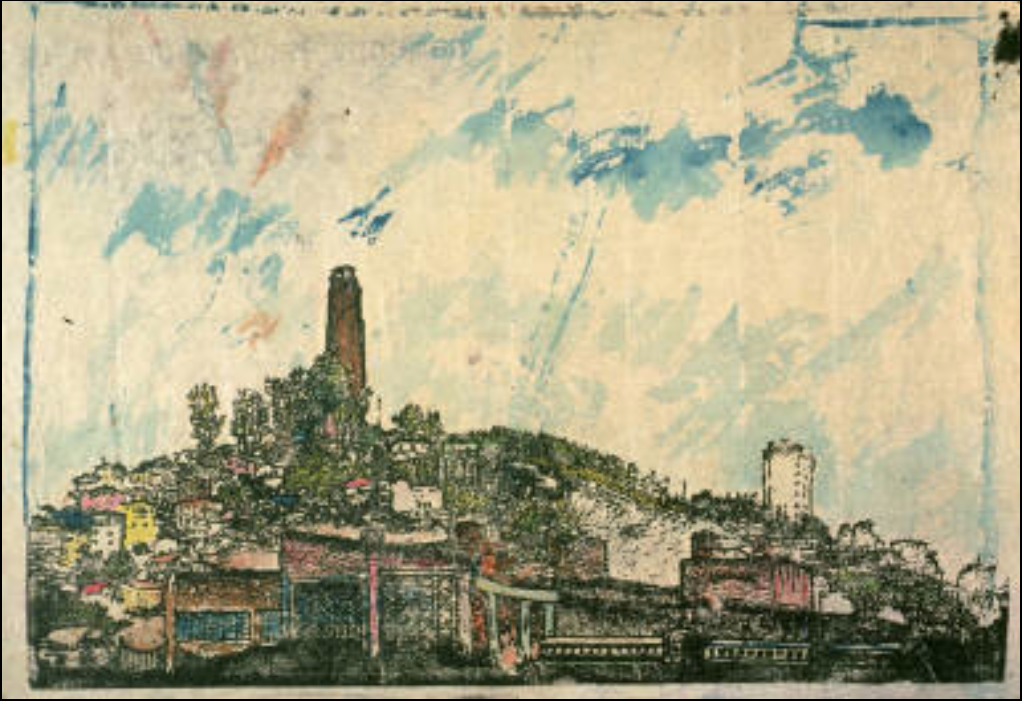 Aquatic Park and Coit Tower in San Fransisco, prints probably created in the 1950's although the Chicago Outer-drive print is  dated 1936.

The dramatic and creative birds eye views with the curved interior were also used and applied in the prints (and paintings) she created from concert halls (the Vienna Opera House below) and the circus (Circus Krone). 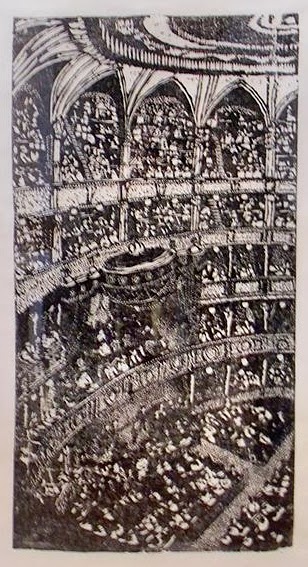 Another, not very often discussed feature is she liked to stage many people, crowds, in her prints and paintings. But that's for a next posting. Also my encounter with American painter Herbert Bolivar Tschudi (a name with a familiar Austrian/British printmaking ring) in the aquarium will have to wait: until next posting. Added jan. 8th after a comment by Scottish reader James: 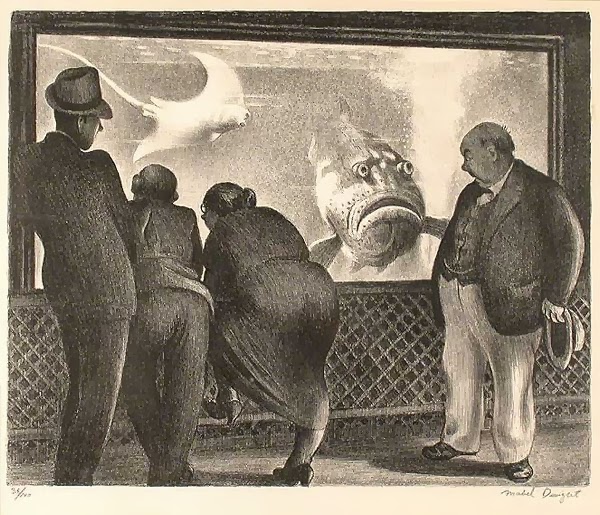 "Queer fish" by Mabel Dwight (1876-1955), a 1936 lithograph reader James kindly pointed me to, created in the same year Emma Bormann visited the New York Aquarium. Much like Emma B. besides the aquarium she often choose, crowds, the circus and the theater for her prints. See all next posting on Herbert Bolivar Tschudy.
Geplaatst door Gerrie op 22:00