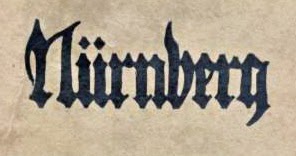 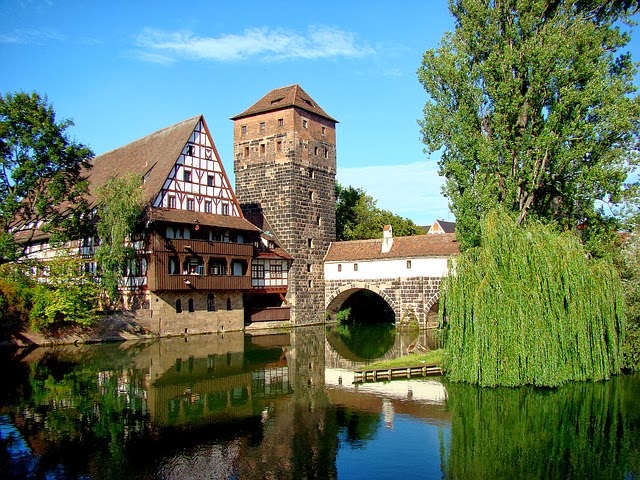 Although postings asking for help in attempting to identify a printmaker often do not have the result one hopes for here's a fresh puzzle. Since even a certain collector in Bavaria (thank you Claus for trying) cannot read the signature nor has he any clues based upon style and/or technique used I decided once more asking the help of readers. 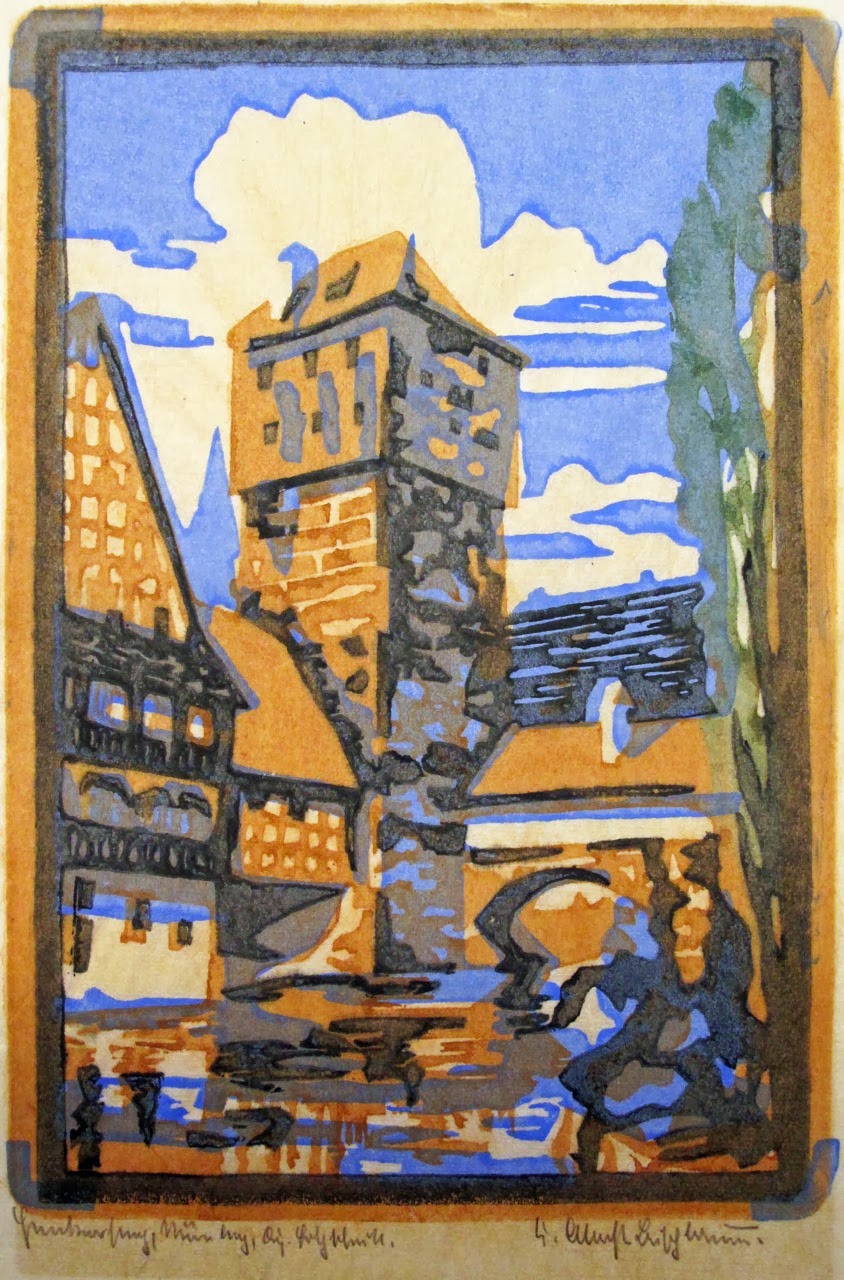 Printed in 3 colors + the key block and the easy cutting and printing technique betraying this wasn't an amateur. On the other hand he was not a very prolific printmaker: I have nothing stored in my archive and database even resembling. In the Germany section. Without the signature in old German  handwriting ("Suetterlin Schrift") I would have guessed it was English school linocut printmaking. On the back of the sheet the 3 initials were scribbled.

Comparing with Carl Thiemann's version of the Hangmans house ("Henkershaus") in a folio edition of "10 views of Nüremberg"  the unknown printmaker winning the decorative argument not in the last place by using of color blocks. Trying to find out (notice how I avoid using the word research, but nevertheless) there's no way escaping stumbling over the mother of all woodblock prints (or one of its sisters) from "Weltchronik" printed in 1493(!) Designed by Michael Wolgemut (1434-1519) and his stepson Wilhelm Pleydenwurff. Alfred Dürer (1471-1528) the Godfather of printmaking himself, who was taught by Wolgemut and probably attributed in that edition. 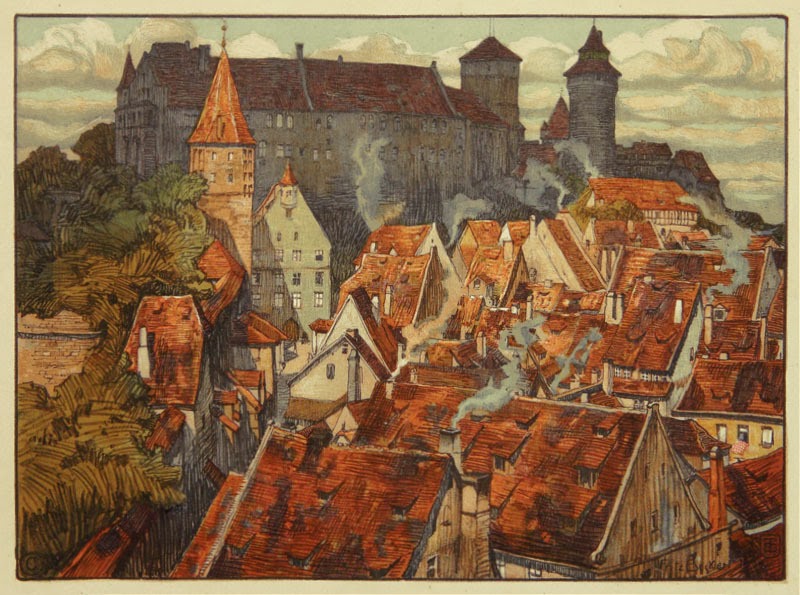 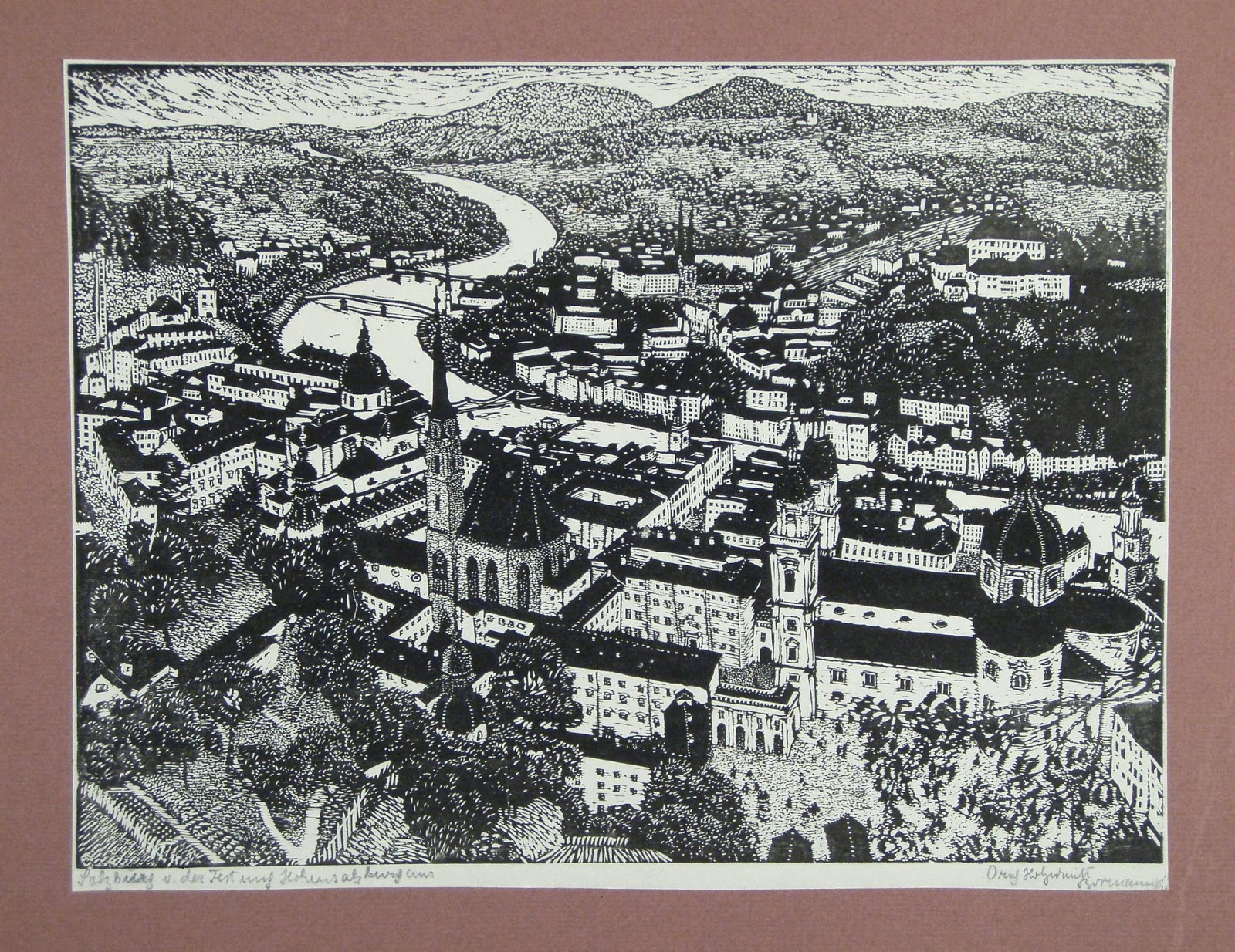 Suddenly realising a source of inspiration for Emma Bormann (1887-1974) who (above view of Salzburg) according to her daughters account, always looked for the highest viewpoint first, before climbing and designing her prints. But now I'm wandering of. She depicted many great German and foreign cities in a panoramic way but never Nüremberg.