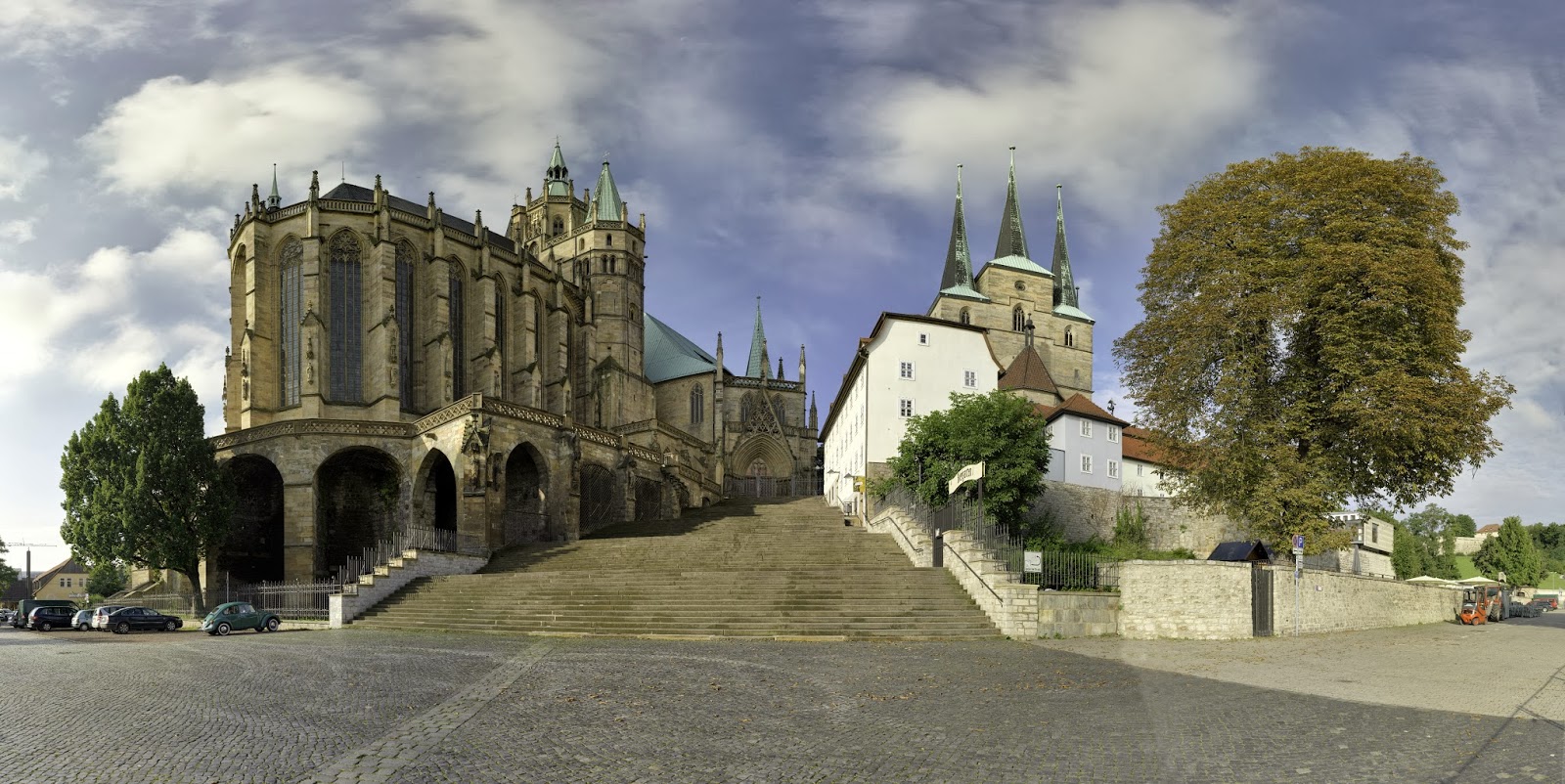 There're 100 years between this print of Erfurts St. Mariën Cathedral ("Domkirche") and the spires of Saint Severins church and the photographs. Building started 1200 years ago in the year 752 in honor of Bonifatius. Who wasn't a Saint yet  and who was to be murdered in Dokkum just two years later and not far from where I live today. Building of Saint Severins chapel and church started in the 13th century.
The chestnut trees from the 1920's have been replaced by new specimens. And probably the sketching artist probably sat while the photographer stood explaining the slight difference in perspective. Incredible and amazing, how this comparison, with a century (!) in between pictures, can be made from the arm chair. From another country. From another time. 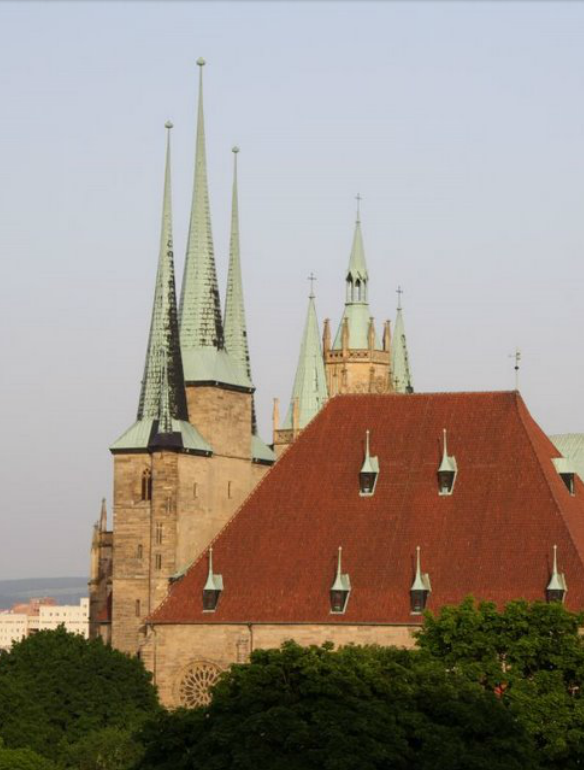 Since my recent discovery, Mathilde Reuss in the before posting, I cannot help thinking this print lingering in Ebay for some time and monogrammed MR (lower left) is, or might be, another example by the printmaker royal. Other intelligent suggestions are of course welcomed. 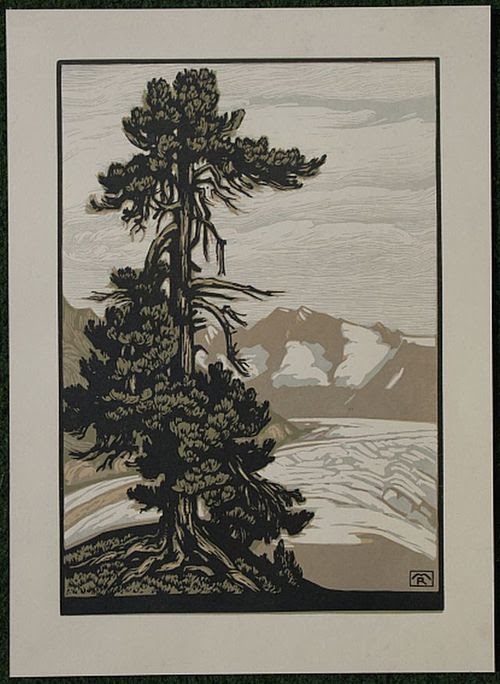 MR
is also the monogram used by Suisse painter and printmaker Marie Rollé (1865-1942), who I only know by this one print

My personal explanation the Princess/Countess was maybe less artistically gifted but had trained hard making up and becoming quite skillful. (Maybe) taking famous artists of her days as an example. Like Norbertine Bresslern Roth in her Marabus print. Mathildes monogram in that print resembling St. Severins spires is purely a coincidence of course. The hint of buildings on the horizon on the left just above the tree line making the difference between a snapshot and a well considered composition. 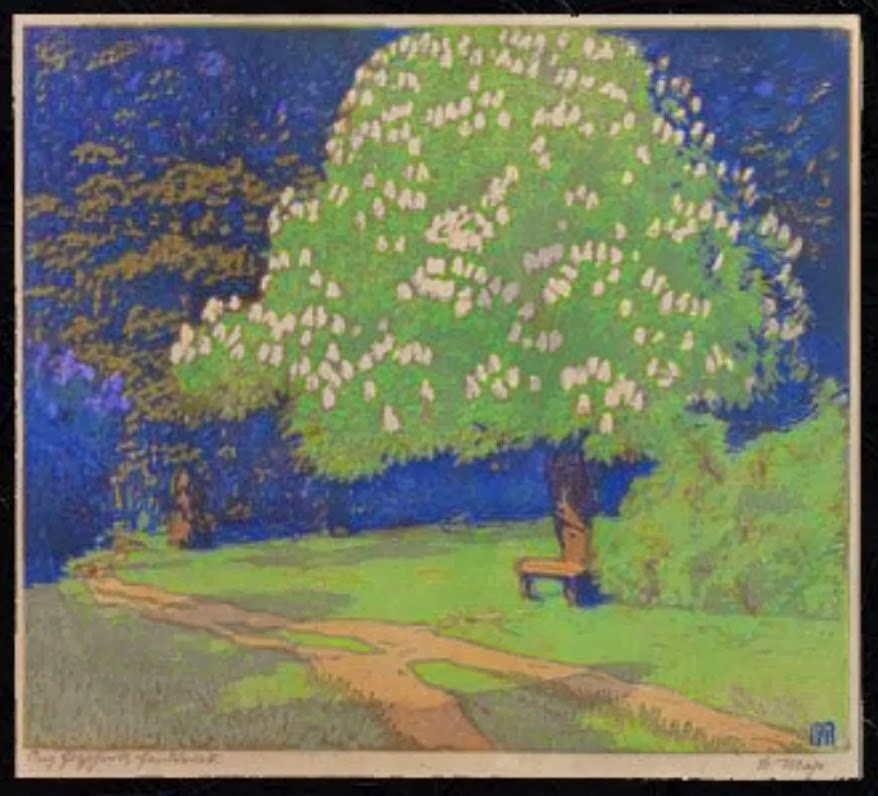 If I had to do a blind test (no signature, no monogram, no clue) I would have guessed the Erfurt print could have been made by Helene Mass (b.1871). Because of the chestnuts and maybe created on a less inspiring day. 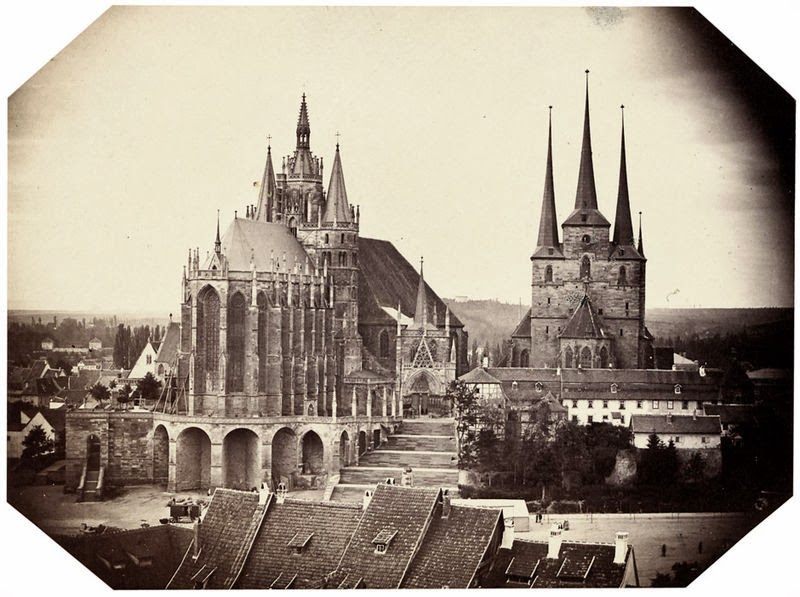 The cathedral and church complex of Erfurt once the seat of the Saxon Empire was only mildly damaged in WWII in contrast to the destroyed marvels of Dresden, Berlin, Hamburg, Bremen, Stuttgart and so many other historic cities (Coventry, London, Breslau, Groningen, Rotterdam………..)
Geplaatst door Gerrie op 09:27